In 2012 SackvilleDonald purchased a yearling filly by Dubawi for 48,000 Guineas. She was subsequently named Crowley’s Law and went on to be a four time winner, one of which was in a Listed race.  She was also multiple black type placed and significantly was second in a Grade 1 to Champion Tepin.

Roll on five years, and now in foal to War Front, and Crowley’s Law sold last night for a remarkable $1,1000,000. That’s a nice return on her original cost!! 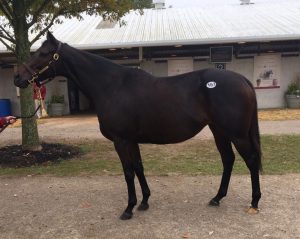